Afghanistan and Zimbabwe will meet in the first match of the two-match test series starting Tuesday (March 2) morning at Sheikh Zayed Cricket Stadium (Abu Dhabi). This test match will be their very first test meeting.

The first test of the series between Afghanistan and Zimbabwe will be played at Sheikh Zayed Cricket Stadium (Abu Dhabi) between Tuesday (March 2) and Saturday (March 6). Each day of this test match has been scheduled to start at 9:30 am local time.

According to the weather forecast, the sky will be generally clear during this test match, with the exception of cloudy skies on the fifth day of this test match. There is hardly any chance of rain during this practice match. So cricket fans can look forward to another uninterrupted test match. 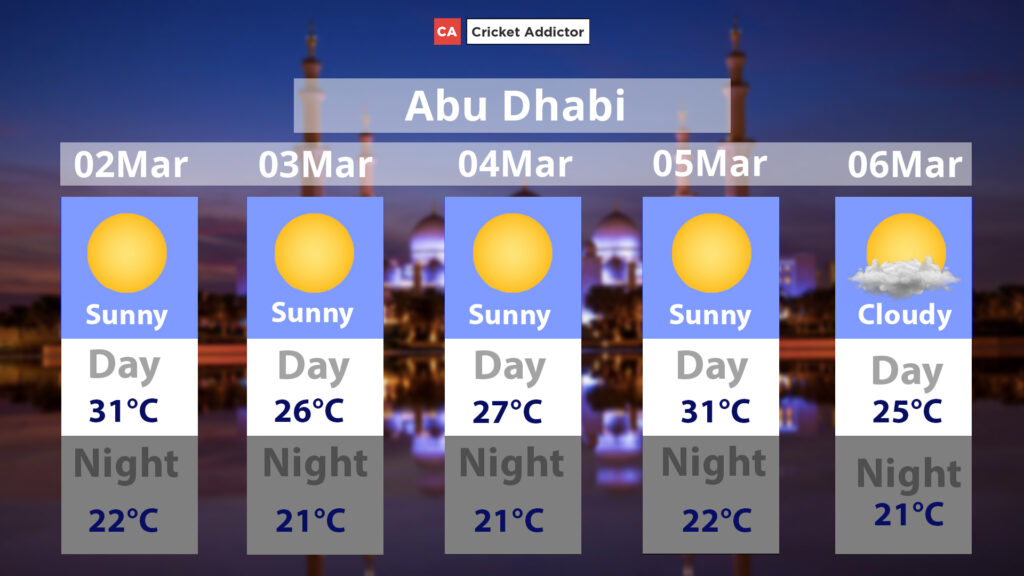 Sheikh Zayed Cricket Stadium (Abu Dhabi) will host this next test match between Afghanistan and Zimbabwe. This will be the first test on this site since December 2018, when Pakistan and New Zealand face to face.

Historically, this site typically produces the typical Asian pitches for test cricket. While the batsmen take advantage of the first period of the test match at this venue, the spinners play a huge role over time. The Pacers also like this place at the start of a test match.